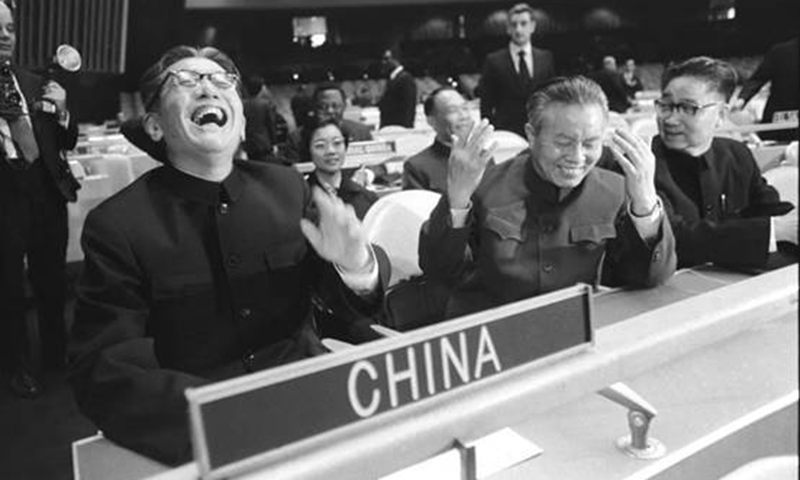 This week, Tings Chak published an article at the Tricontinental: Institute for Social Research (English, Portuguese, Spanish, French) about the recent overhaul of the billion-dollar private tutoring sector in China and the new measures to reduce pressure on students. In an interview with Opera Mundi’s Breno Altman (Portuguese), Marco Fernandes spoke on several topics, including the real estate and energy crises, Taiwan, and the return of the Party to the “mass line.”

On 25 October 1971, the United Nations General Assembly overwhelmingly voted in favor of restoring the seat of the People’s Republic of China at the UN. After 22 years of US-led exclusion, the “resolution 2758” vote replaced the Kuomintang-led government in Taiwan with the PRC as the sole representative of China in the UN. On this historic moment, Mao Zedong affirmed that China’s role is to voice support for countries fighting foreign interference, aggression, and control.

Chinese magnesium production falls due to soaring demand and input prices, and caps on energy use and emissions

China accounts for 85% of global production, which has seen prices increase 75% in the last month; exports are expected to fall 10%, worrying reliant European aluminum producers and are calling for intervention from EU governments

Over 80% of global high-purity quartz supply is in the US, crucial for making polysilicon, the main raw material for solar panels

Network combines 700 optical fibers with two ground-to-satellite links to serve over 150 industrial users, including state banks, power grids, and governments; research was led by Pan Jianwei from the University of Science and Technology

Goal is to decrease dependence on land use concession sales for local government revenues (US $1.3 trillion, 2020) and to contain the long-term rise in real estate prices; the government yet to announce cities included in five-year pilot

Government releases report on state-owned natural resource assets, calling for strengthened protection and efficiency in their use

Born between 1995 to 2010, Gen Z have greater Chinese cultural confidence and identification than prior generations, but spend 13% of the household income (vs. 4% in US and Britain) and owe half of the country’s credit card debts

Government estimates that 24.6% of teenagers suffer from depression and proposes mental health courses and services in schools and universities

Measures encourage discussion and destigmatizing psychological suffering while incentivizing students to seek psychotherapy services offered at schools; high pressure for school performance is one of the main causes of stress in youth

Subscribe to News on China. The digest is published every Saturday in English, Spanish, Portuguese, and French.